Snoop around for a little bit and observe that the sqlalchemy libary version the app is using is 0.2, which is incredibly old. Google “sqlalchemy/0.2” specifically and you’ll recieve a few hits on a potential SQLi vulnerability in the group_by/order_by function. Luckily for us, the application indeed utilizes the order_by function.

Simply create an ORDER BY-based blind SQLi that changes the order of the elements as a boolean condition.

Repeat this in a script and grab the flag character by character.

Two For One (Web)

The challenge is a pastebin-esque site but with added otp functionality for basically everything - from viewing and deleting notes, to changing your password.

We need 2 things: the admin’s 2fa secret key and password. Start with the 2fa, since you need it for the password anyway.

In the settings page, observe a “reset 2fa” button which the server responds with an otpauth containing your username and a 2fa secret key.

Use the XSS functionality in the feedback form to send the admin to that endpoint and observe the 2fa secret key value that is returned - you now have the admin’s 2fa (sidenote - it’s good to have a totp generator handy for this occassion).

The next step is to retrieve their password, which you can do by again using the feedback form to send the admin to make a POST request to the change_password endpoint. The request will need a valid 2fa value alongside the new password, which you should have from before. Once you succesfully reset the admin’s password, log into their account yourself and view their secret note.

The challenge asks for your name and email to be rendered onto a fake “deaf con” ticket as a PDF.

Observe that the ticket service has an alphanumeric whitelist on the name value, but does not have as strong of a restriction on the email value - only () chars are banned and the email must be RFC-compliant, which is easy to do by adding @any.thing at the end.

Script execution is possible, in a similar fashion to dangling markup. If you add an iframe or an img, the PDF will render it (albeit malformed). However, the service is also vulnerable to SSTI attacks, which can be tested by adding in a trivial payload such as {{7*7}} into the email field.

Craft an SSTI payload to find any file named flag.

You’re given a few things: output.txt which is a list of binary values, a source.ino file, an image of an arduino hooked up to a breadboard with a chip in the middle, and a sketch of the arduino as well. 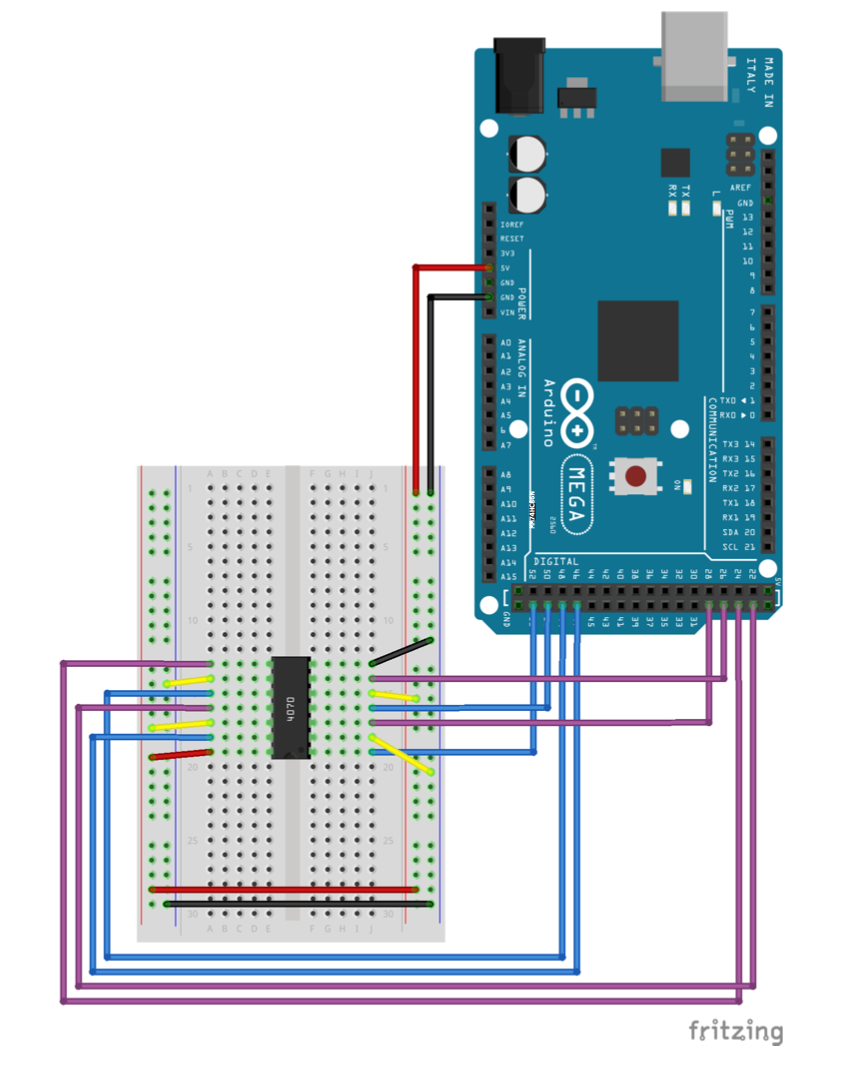 Observe the sketch and note that the chip in the breadboard is a quad XOR 2-gate, hooked up to the input and output pins of the arduino. Observe the source.ino file:

Of note in the code is the loop() function and get_output() function. The loop() iterates through each character in the global flag variable, then splits it in half and feeds both halves to get_output().

The get_output function first calls to the arduino hardware and sets the 4 output pins to either a high voltage (HIGH) or low voltage (LOW) based on the value of a specific bit recieved in the input. Basically, it sets the output pins to either a 0 or 1 based on one of the bits in the input. After a short delay, the function then reads the value from the input pins, which, recalling the sketch of the arduino, would have been hooked up with the output pins to a quad XOR gate. THerefore, the input pins would return either a 0 or 1 depending on the XOR operation.

To summarize, the functionality of dweeno is to simply XOR the bits of the flag sequentially. We still need to figure out what the output pins are being XOR’ed with to get the value of the input pins - however, we know that the output.txt spits out the XOR’ed flag. We can move backwards by determining that the first binary value in the output.txt file is the XOR’ed character f. XOR’ing the binary value of f with the output.txt values will return to us the key used to XOR the output pins - this is revealed to be 01010101. Through reverse-engineering this small program, we can perform the necessary XOR operations to retrieve the flag with a simple script: